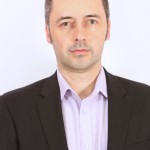 John Wilkins has worked in radio across two continents and six countries during the past 25 years and has built a reputation as one of the leading radio programming gurus in Africa.He launched Kenya’s first commercial radio station ‘Capital FM’ in 1996 which was consistently rated number 1 and only beaten by his second Kenyan radio station, ‘KISS 100’.  KISS was market leader for 5 years and won several awards for ‘Best Radio Station’.

John is responsible for launching the careers of several top-rated radio presenters including Zain Verjee (now at CNN), Maina Kageni and Angela Angwenyi.

He successfully turned around Uganda’s Sanyu FM from 9th place in the market to 2nd place within twelve months. The station went on to be voted ‘Radio Station of the Year’ by Kampala’s Monitor Newspaper and ‘Best Radio Station’ by students at Kampala’s University.

Most modern radio stations are operated by software written by Radio Computing Services in New York. John holds a certificate as a Power User of RCS Software (only 1 of 2 such certificates issued on the African continent)

He comes from an on-air background in the UK radio industry with experience at the BBC, Metro Radio Group, Capital Group & GWR.